University Libraries is excited to announce the exhibition of comic book artist Bob Hall’s educational graphic novel, “Carnival of Contagion.” Created to raise awareness about the measles virus, a leading cause of death among children around the globe, Hall’s book is available nationwide through Nebraska Press.
Hall earned his bachelor’s degree in theatre, as well as his master’s degree at the University of Nebraska- Lincoln. Hall has illustrated many influential comic book series, including Batman and House of Mystery Tales for DC Comics, and The Avengers, Daredevil and The Amazing Spiderman for Marvel. Additionally, Hall served as the director of the Nebraska Repertory Theatre, as well as New Rude Mechanicals, a New York City-based off-Broadway and theatre company.


This Fall Semester, check out the Lincoln native’s display on the second floor of Love Library South! 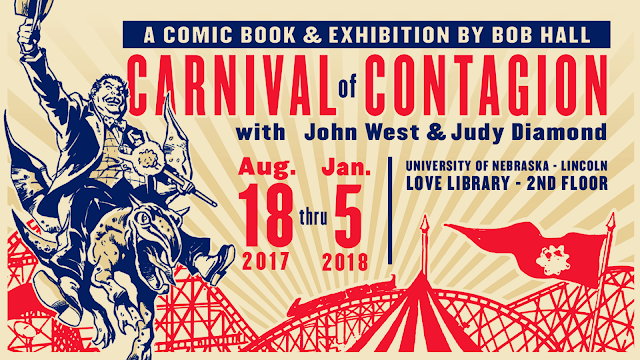 Here is a small portion of Carnival of Contagion exhibit! 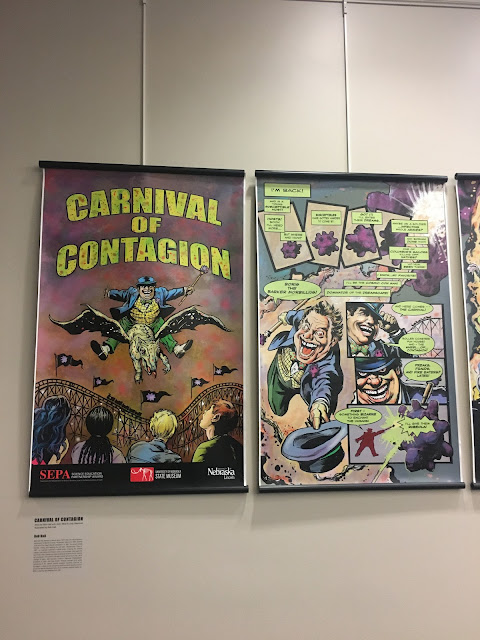 Much of Hall's other work is on display as well. 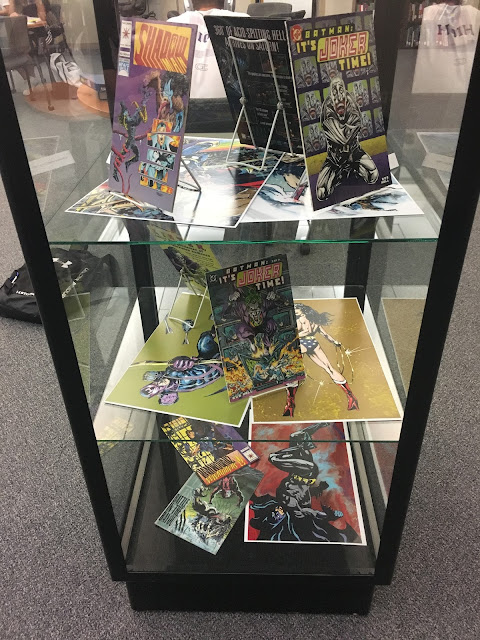