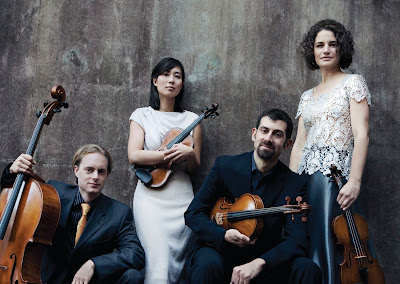 The Chiara Quartet kicks off a new concert series being held over the lunch hour in the Adele Hall Learning Commons called Notes@Noon. The first Notes@Noon concert is on March 2, from 12:15-1:00 pm. Other concerts planned in the series will feature NEBraccia, John Bailey and Nicaulis Alliey playing a flute duet by Hindemith, the Lincoln Early Music Consort, and several student ensembles.  Other concerts are scheduled for: March 16, 30, and April 13. Bring your lunch and enjoy the melodious notes of classical music in the wonderful environment of the Adele Hall Learning Commons.