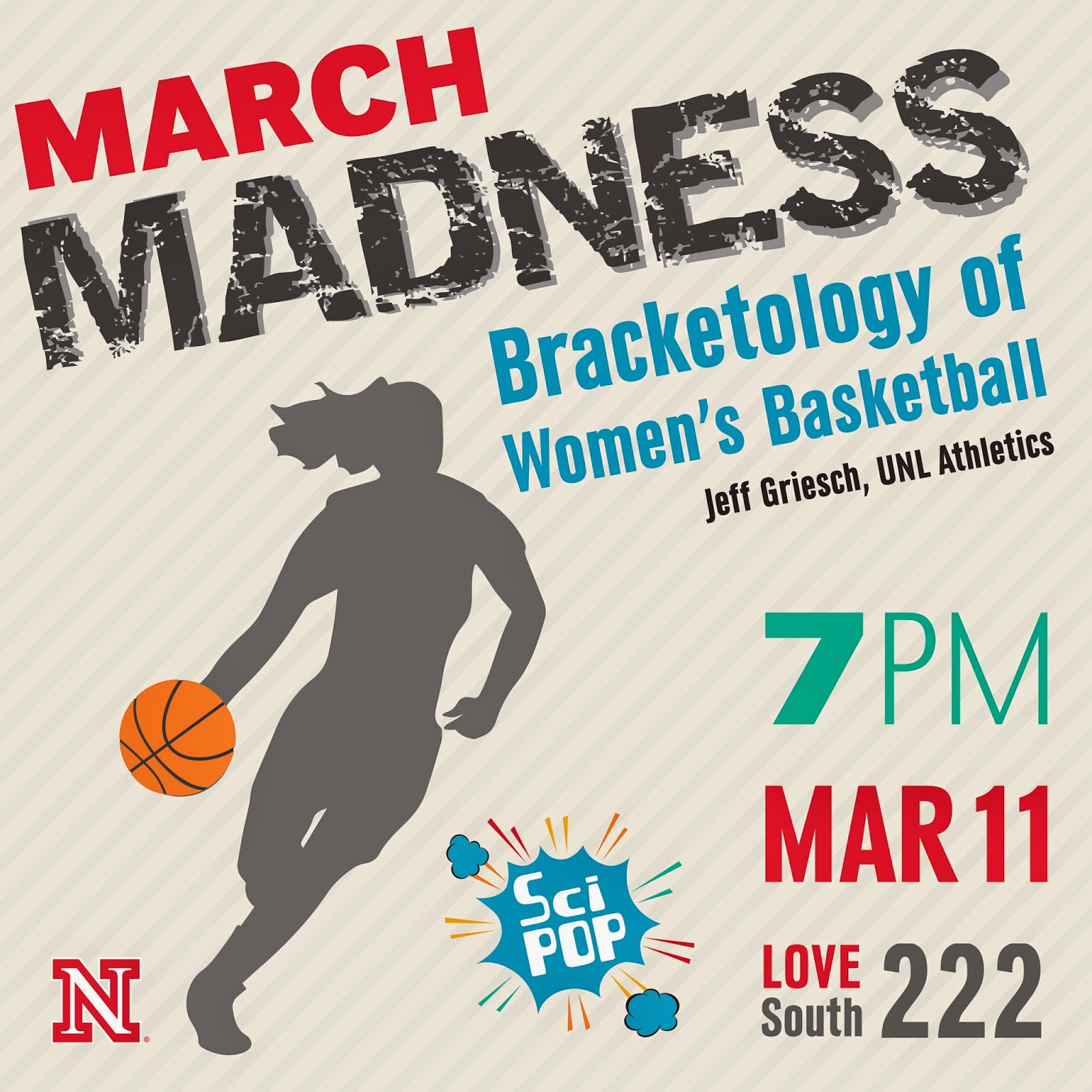 Griesch, who enters his 16th season as a radio color commentator for Nebraska women's basketball, and hosts Coach Yori's segment on the N-Side Nebraska Show, will talk about the possible seeds in the various brackets of the NCAA Women’s Basketball Tournament. Bracketology incorporates some method of predicting what the NCAA Selection Committee will use as its Ratings Percentage Index (RPI) in order to determine at-large (non-conference winning) teams to complete the field of 64 teams, and, to seed the field by ranking all teams from first through sixty-fourth.
Posted by UNL Libraries at 2:27 PM